Opened in Kisarazu, Chiba Prefecture, in November 2019, Kurkku Fields is an experience-type farm-park promoting symbiosis with nature. From Tokyo, it can be reached by leaving the Tokyo Bay Aqualine (Trans-Tokyo Bay Highway) at the Kisarazu-Kita Interchange and driving for 15 minutes through a residential district surrounded by greenery and finally up a small hill. The expansive farm-park lies sprawling right in front of you. At this farm-park, visitors can experience the wonders of sustainability through interaction with nature. Recently I visited Kurkku Fields to hear about its concept, history, and future ambitions.

For the Next Generation

Kisarazu flourished as a port town since olden times and is well-known for its harvesting of seaweed, clams, and other seafood. In recent years, thanks to the opening of the Tokyo Bay Aqualine highway, access to Tokyo and Haneda Airport (Tokyo International Airport) has improved, and the population has increased as people have moved in. With a large-scale shopping mall and other facilities, Kisarazu is considered a pleasant place to live.

While Kisarazu strongly conjures up images of the sea, Kurkku Fields opened to let visitors have fun in the hills. Initially the music producer Takeshi Kobayashi opened the Cultivate Kisarazu Farm in 2010 on the expansive 30 ha (300,000 sq. m) site of an abandoned ranch. Kobayashi’s desire was to create agricultural land that would continue to be used in the next generation.

Kobayashi and his team spent the next decade improving the soil so as to cultivate organic vegetables for the production of tasty, safe, and reliable food. As a result, almost all the fields on the farm have acquired organic Japan Agricultural Standards (JAS) certification (the only organic vegetable certification recognized by the Ministry of Agriculture, Forestry, and Fisheries). As well as the cultivation of organic vegetables, the farm-park also engages in the free-range raising of chickens (allowing chickens to roam about freely on level land without being caged in) and organizes various experience-type events for visitors, such as the clearing of land together and the holding of barbecues using food products grown here and other local ingredients. 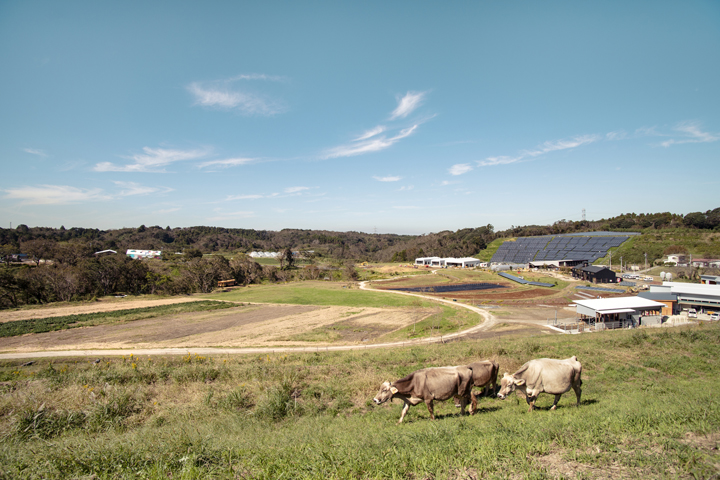 END_OF_DOCUMENT_TOKEN_TO_BE_REPLACED

In the modern era of expanding globalization, urban areas are full of things, money, and the latest fashions […]

Recently I went along to the Kyoto International Manga Museum (MM), which, apart from a new building, occupies […]

Shiga Highland is well-known as a skiing mecca; it was a venue for alpine events during the Nagano Winter Ol […]