Ms. Kieko Suzuki, attractive Junior Proprietress of Takaraya Restaurant,
Founded in 1897,
Talks about Hospitality for Foreigners and the Attractions of Kisarazu

In the past Kisarazu in Chiba Prefecture, a city that has continued to develop in recent years following the opening of the Tokyo Bay Aqualine expressway, had many classy Japanese-style restaurants and geisha houses (from where geisha were sent upon request to entertain customers at restaurants). At its height, this entertainment area had about200 geisha going around dressed in colorful kimono. Even today, there are still geisha practicing dancing and samisen every day at the Kisarazu Kaikan, which is used as a training facility for them. I asked Ms. Kieko Suzuki, the junior proprietress of the well-established Takaraya restaurant in Kisarazu, who is also active as a radio personality on the bayfm78 channel and in other ways, about the attractions of the city and the efforts of her restaurant, which is very popular among foreigners. 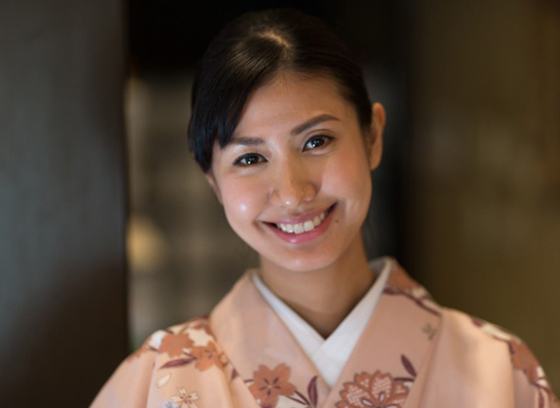 END_OF_DOCUMENT_TOKEN_TO_BE_REPLACED

Mr. Hiroshi Egawa, owner-chef of Ryorinin EGAWA (former chef for a minister at the Embassy of Japan in the Uni […]