Mr. Yuya Sasaki is the fourth-generation master of Ootiya, a store in Hiraizumi specializing in Hidehira-nuri, a lacquer-ware technique said to have connections with the Oshu Fujiwara family, a warrior clan that prospered in the northeastern part of Japan during the Heian period (794-1185). While utilizing traditional methods, Mr. Sasaki, with his own sensibilities and richly creative mind, also produces modern lacquer ware that blends easily into the present-day lifestyle. Mr. Sasaki shared his thoughts about Hidehira-nuri with us.

■Please tell us about the history of Hidehira-nuri.

Old bowls of Hidehira-nuri were made around the sixteenth century, and local people came to call bowls with the patterns and designs of that time “Hidehira bowls.” Regarding the culture of lacquer craft in this area, as shown by the magnificent Konjikido [Golden Hall] at Chusonji temple, which is decorated with lacquer, gold, mother-of-pearl, and so on, a high level of lacquer technology already existed. In addition, since various artifacts of that time have been excavated, such as brushes used to paint lacquer and paper used for filtering lacquer, there is a theory that the roots of Hidehira-nuri go back to the time when the third-generation head of the Oshu Fujiwara family, Hidehira [1096-1187], summoned lacquer craftsmen from Kyoto and had them make bowls and other things. Unfortunately, none of the old Hidehira bowls that have been discovered so far were made in Hidehira’s time. Still, the lacquer craft has continued, and that style of bowl, the Hidehira bowl, is preserved and made by craftsmen even today. 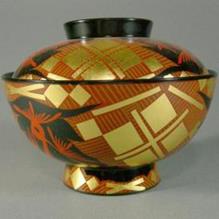 ■How did you end up following this path?

Well, it wasn’t exactly a case of aspiring to follow this path from my childhood days. Thinking that I might take over the family business sometime in the future, I studied management at university. I really did think it was something that might happen a long way down the road. But then in the summer of my fourth year at university, my father was taken ill and went into hospital. I had decided on a job with an ordinary company in Tokyo, but suddenly I was forced to think again about my future course. A big turning point came when a teacher at my university said to me, “If you don’t take over, your family business will be stopped. Maybe you should think carefully about the meaning of that.” I wondered which course would have true value for me—the path of working at an ordinary company, which would mean my future life was pretty much predictable, or the path of struggling anxiously to move forward but full of passion? I am the eldest of three sons. My younger brothers had absolutely no interest in continuing the family business, so I thought deeply about the meaning of preserving the tradition. At first there were all kinds of difficulties, but now I am glad I chose this course.

■What do you think was good about becoming a craftsman?

From my younger days I really liked drawing and art, and I remember making quite complicated things for my summer holiday homework! [Laughs] It’s wonderful being able to do something you like as your job. And I’m not the type of person who likes being tightly bound by others either, so my present position suits me much better than being a company employee. My grandfather, uncle, and father all loved craftsmanship, and I often feel that the same blood is flowing inside me as well. My father once said to me, “You can’t have only management skills. When you want to make something, you have to be able to make it yourself, otherwise the craftsmen won’t follow you.” I didn’t know anything, but I began with tasks like writing my name on straps and so on, asking the craftsmen for advice as I went. Eight years later, I now work not only on the repair and reproduction of old bowls but also, utilizing the spinning technology for making bowls, on the design and production of modern, stylish lacquer ware based on traditional techniques. 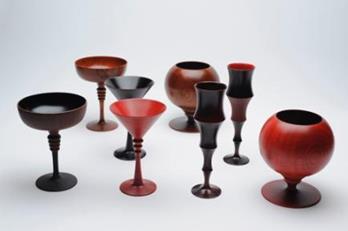 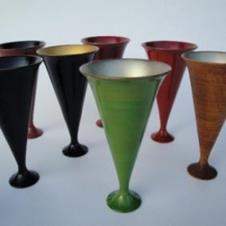 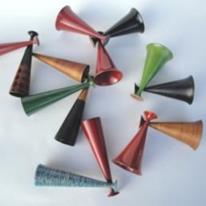 ■What are the special features and attractions of Hidehira-nuri?

Various places around Japan produce lacquer ware, but apart from special types like Wajima-nuri, with its maki-e [sprinkled picture] decorations, and Tsugaru-nuri, which is distinguished by its burnished finishing, there is surprisingly little distinctive lacquer ware. Most of it is quite plain with almost no pattern at all. The special feature of Hidehira-nuri is its original designs, such as cloud patterns colored by gold, with seasonal flowers and fruit drawn between them and diamond-shaped gold leaf added. You can tell straightaway that a piece of lacquer ware decorated with pictures and gold leaf, giving a sense of both gorgeousness and elegance, is Hidehira-nuri. I think the attraction lies in that strikingly beautiful quality. 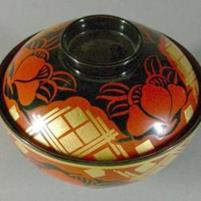 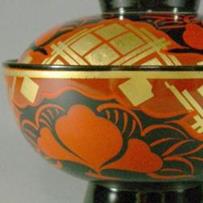 These bowls for simmered food are characterized by large, vividly drawn camellia

■What is the most difficult process?

Broadly speaking, there are three processes: applying the undercoat, painting the lacquer, and drawing the picture. When we have many orders, we do ask other workshops to help us out, but basically I and one more craftsman, just the two of us, do everything in our own workshop on the premises. The most difficult process is the final coating. We pay great attention to painting neatly and adjusting the lacquer so that no dust or brush hairs become attached. When you are concentrating on the task in the workshop, you become aware of the dust floating in the air and falling. We try as hard as possible not to stir up the dust. 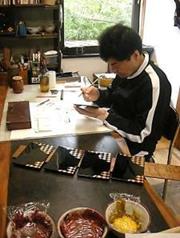 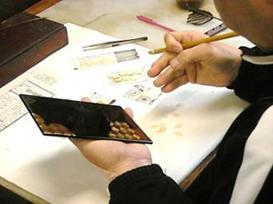 ■What do you care about especially in your works?

The most important thing is to give form to the customer’s desired image. I discuss several times with a customer about what pattern, shape, and material they want me to use before making a decision. Some items take from several months to a year to finish. But then the delight on the customer’s face when I hand over the original piece makes it all worthwhile. The process of giving form to customers’ requests through interchange with them is most enjoyable. 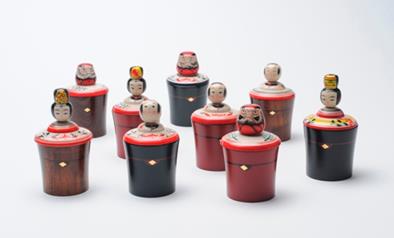 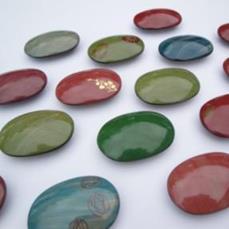 Obi clasps in a variety of colors 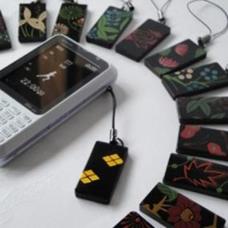 ■Tell us about your activities and goals from now on.

When they think of traditional Hidehira-nuri, many people have an image of lacquer ware that is gorgeous to look at. Hiraizumi has been designated as a UNESCO World Heritage site, and the area is attracting attention from around the world. So I think now is the time to raise awareness of Hidehira-nuri and, while preserving the traditional technique, make craft works that have new ideas and playfulness and can be accepted in present-day life. And I want to build a company that can compete not only in Japan but also overseas and makes people say, “That workshop’s products are really different!”

Profile of Mr. Yuya Sasaki
Fourth-generation master of Ootiya. Born in Hadano, Kanagawa Prefecture, in 1978. At 12 years of age, moved with his family to Mizusawa in Iwate Prefecture, where he lived until graduating senior high school. Graduated from the Faculty of International Political Science and Economics of Nishogakusha University. Currently engaged in the production of lacquer ware suitable for the present-day lifestyle, incorporating new materials, techniques, and ideas but still based on traditional methods and shapes. 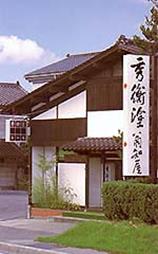