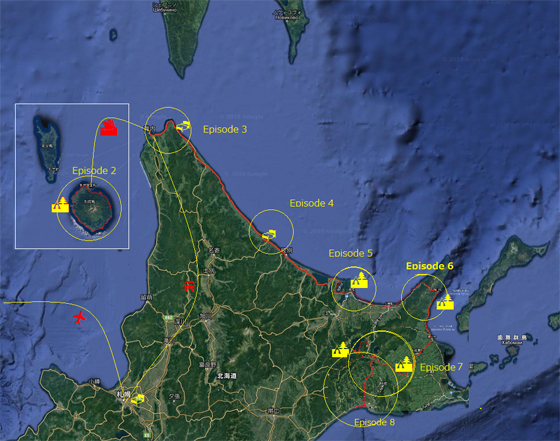 The North-East part of Hokkaido is packed with national parks. We completed a trio of them with the Kushiro Shitsugen, the largest wetland area in Japan. But we had to cycle 70 km to get there so we first need a proper lunch! Teshikaga ramen and gyoza was a delicious choice and gave us enough strength to cycle even in the rain and over the hills. 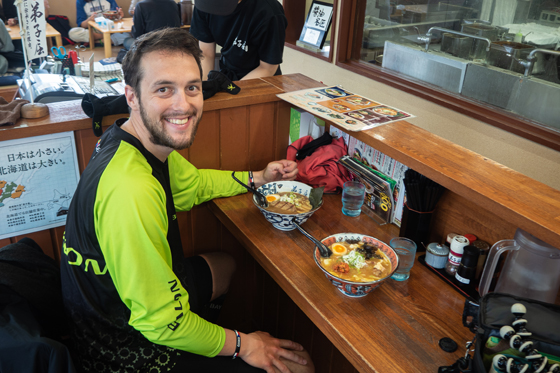 Road 53, going from Teshikaga to Tsurui and Kushiro is a pretty up and down one. We also had to pass one or two tunnels, which is unusual for us. In Europe, cyclists aren’t normally allowed to travel in tunnels and the cars drive at high speeds. In Japan there are less side roads though so one has no choice but to share this claustrophobic and scary experience with drivers of trucks too! Luckily their speed is quite moderate. 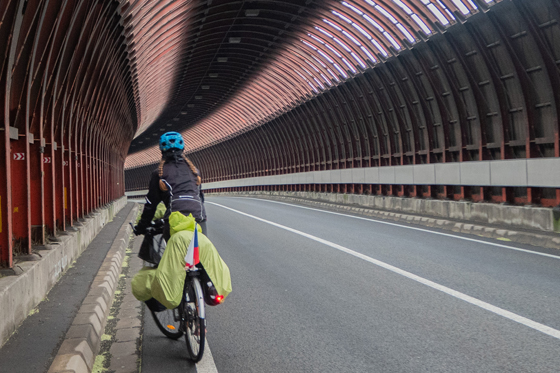 Road 53 leads to Tsurui, where we stayed in a free municipal campsite. It was a funny evening – another cyclist approached us and after a few minutes of conversation, he asked whether we’re that couple making TV videos about our journey. He had heard about us two weeks before from other cyclists on Rishiri Island. So it seems we’re getting famous 😀 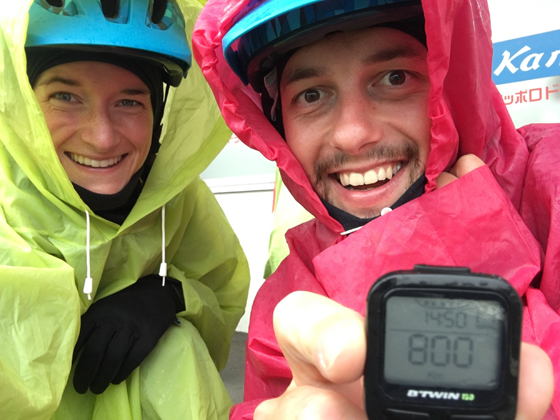 In the morning, we celebrated our 800th kilometre and headed to a crane sanctuary just south of Tsurui. We couldn’t see any of the majestic birds and were told by a local that they can only be spotted here in winter, when farmers feed them. Disappointed, we set off towards Kushiro hoping that we would get to find them later at one of the other observation decks. 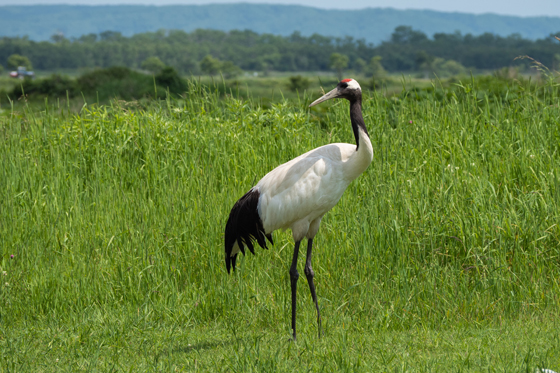 We were lucky indeed! Pedalling along farms and human land, we didn’t pay much attention to searching as we expected the Tancho to hide in more natural areas. But there they were, a noble couple dancing and playing just about 30 m away from the busy road. We spent maybe 20 minutes gazing at them, gradually getting closer and closer with our camera. 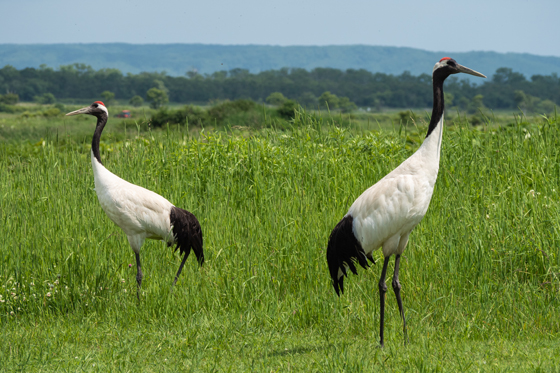 The story of Japanese cranes is like from a Hollywood movie: they had been considered extinct in Japan due to habitat loss and overhunting. But in 1926, a group of 20 birds was discovered far in the marshes around Tsurui and conservation efforts led by local volunteers began. Farmers provided the Tancho with food in harsh winters and slowly but surely their population recovered to the current thousand. 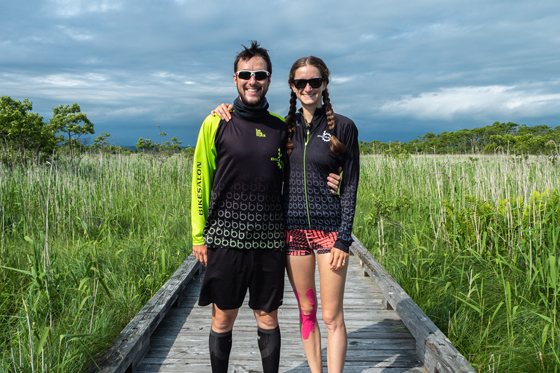 Happy and with a sense of accomplishment, we arrived to the Onnenai Visitor Centre. It was the most informative VC we have visited so far, many multi-language displays explained all about the marsh ecosystem, introduced species one can encounter at the national park and we could also borrow binoculars for birdwatching. 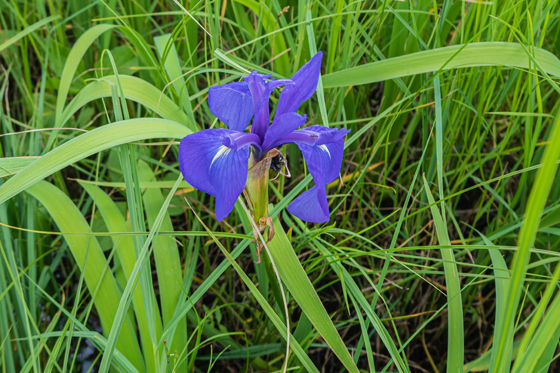 The Kushiro Shitsugen Park is a vast area, mostly not accessible, so we were grateful to see a long walking loop by the Onnenai centre. There are elevated wooden paths which lead us through the different zones of the swamp. Again, we could read about local insects, mammals, plants and wildlife from info panels along the path. We learnt for example that there are several species of hornets around, some of which could cause a lot of pain and trouble. The trick is not to panic if one lands on a person because otherwise they get aggressive and sting. 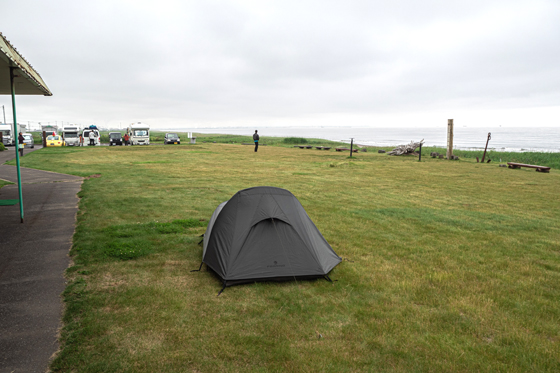 After a long day at the last coastal national park here, we had to once again seek emergency camping. This time we ended up at a Michi-No-Eki. There were three other emergency campers, partners in crime 😉