Refreshed from Rishiri, we got back to Wakkanai and Michal noticed that his gears aren’t running smoothly. He started fixing it by himself but the situation got even worse so he gave up and rode to Mr Togawa’s service shop again. The shop was already closed though! Michal came back to the ferry terminal and we spent 2 more hours trying to fix the bike together. It seemed to be all good but it was just false hope. Once we tested the bicycle, the chain fell off and the gears were all wrong again. 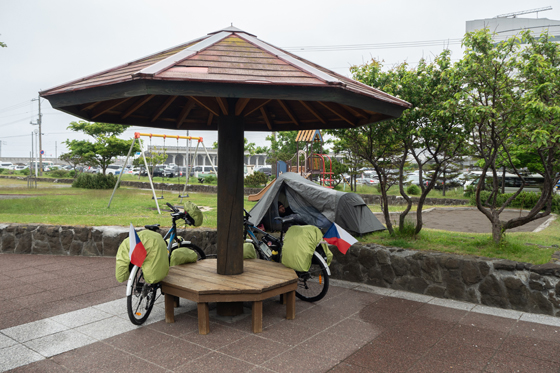 In the meantime, night fell and it started raining. We were so cold and exhausted that we knew we wouldn’t be able to make it to our campsite. So we started asking for a room at nearby hotels. To our surprise, every room in every hotel in Wakkanai was booked out! Desperate, we decided to set up an emergency camp on a playground, hoping we wouldn’t disturb anyone.

Early morning, we cleared the spot and let Mr Togawa fix Michal’s bicycle. While we had attempted for a few hours, he took only 5 minutes and the job was done! Finally we could leave town and start our week-long journey on road 238. The ultimate destination: Shiretoko National Park! But that’s still a few episodes away. For now, the mid-goal of the day was to reach Cape Soya, the northernmost freely accessible point of Japan! 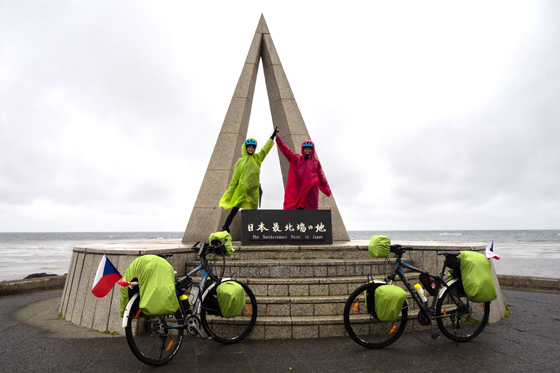 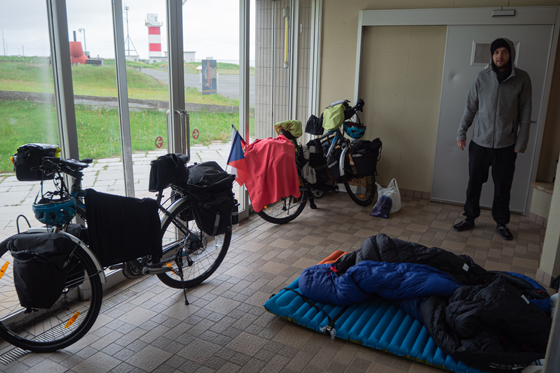 It was raining quite a lot, wind blew against us the whole time and the sky wasn’t really picture-friendly, but never mind! We made it! The only problem was that we made it much later than we anticipated. Once again, we were cold, tired and far away from our campsite. Here comes the deja-vu! We knocked on the doors of all hotels in Soyamisisaki. Full. Full. Full. Luckily, we were already in a highly adventurous improvisation mode so we started looking for outdoor shelters on our map. The only roof we found was a rest facility building, so we rode uphill to check it out and agreed that it’s the best option we have for that night. Emergency camping no.2 was inevitable. 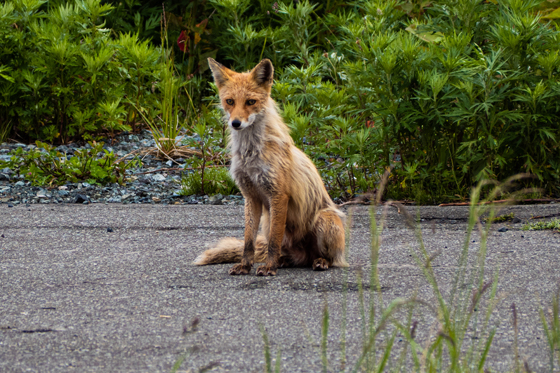 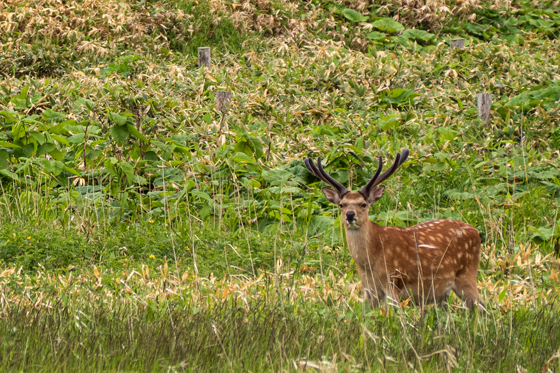 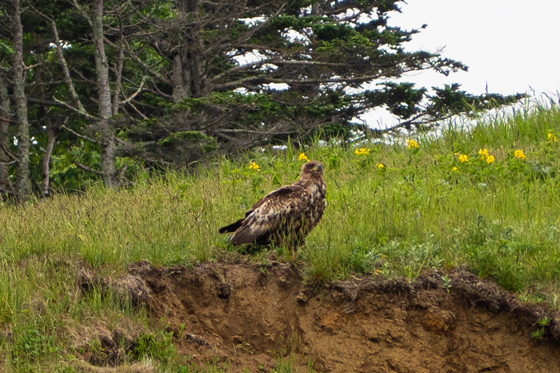 The next morning, we were greeted with sights that compensated for all our misfortunes: A mummy fox with two baby cubs on one side and a deer stag and hind on the other side. We almost never get to see these animals in Czechia as they hide away from humans. In the end we managed to see around 13 foxes and tens of deer throughout the whole day, it was amazing! 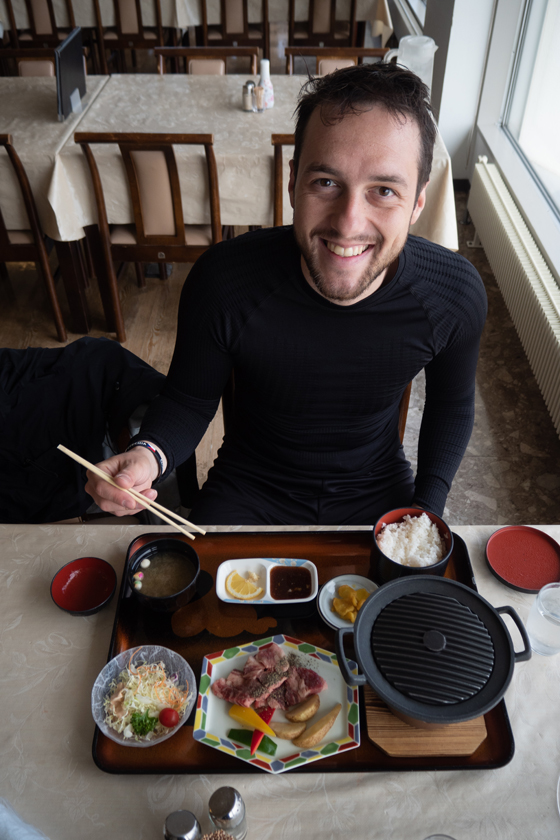 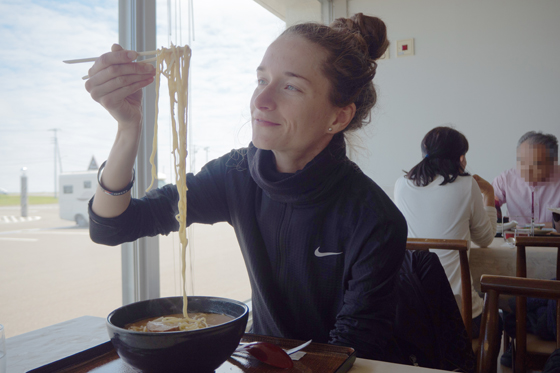 Cycling road 238 was very pleasant that day, not just because of all the animals. The road condition was great, traffic was very low and the scenery kept changing. We saw a lot of wilderness, enjoyed views of the ocean and also treated ourselves to a nice lunch at the Sarafutsu Park Roadside Rest Area – a bento set for Michal and ramen soup for Zuzana! Oishi!

Before sunset, we arrived to Hamatonbetsu and set base at the beautiful campsite by Lake Kutcharo. We were desperate to go to an onsen. It felt like heaven. We spent the evening dreaming of building a nice onsen in Czechia too once we get back! 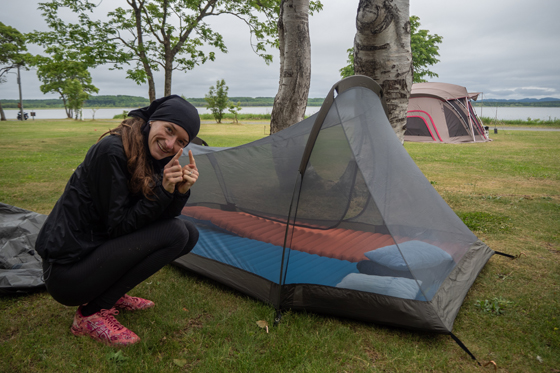 Continuing south the next morning was a little disappointing. Traffic increased, some drivers were sounding their horns at us and we started seeing litter alongside the road. This time we camped at Marine Island Okajima RRA and saw our first warning sign of bears! Campers should take precautions, which we indeed did – we stored all our food in plastic bags in the restroom area.

Bears were a topic that would continue to accompany us during the following days. But more about that in the next episode!